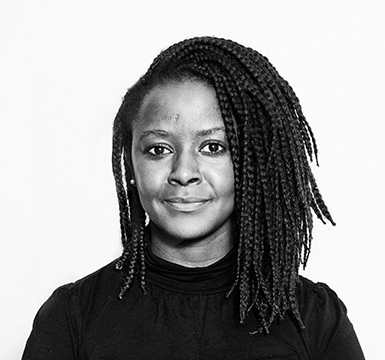 Thina Zibi’s work began with subjects exuding a genuine sense of style, not fashion, for the unique sartorial amalgamations of those depicted are the fibers that fashion inspirations are woven from.

​Her current work illustrates the being of femininity, through the female black body
as well as her own personal experiences. Zibi’s work forces one to engage beyond just a visual realm but also challenges the viewer with the topic at hand.

on her films Tjuele and Bakhona, which received the rode reel cinematography

Zibi’s work has been showcased in online and printed publications

such as Essays magazine, Elle Magazine – which deemed her one of South Africa’s photographers to watch, House & Leisure,10 & 5, Noted Man, Africa is a country, the Bubblegum Club and more. She has shown her work in her debut solo exhibition titled Andindedwa at Agog Gallery in Johannesburg in 2017 as well as a many others.

Thina has just completed post production her short film titled “Bompi” and is currently in post production on her 3 part mini web series funded by the international Black Women Distrupt initiative as well as development phase for her documentary on Healers in South Africa.

Music to Move With You

Music to Move With You